I have a few baby quilts to make, so this should help me get going on the sewing again. This first one needs to be done by early May so I'd better get hopping. I read through a few of my pattern books for inspiration but ended up deciding to pick out some fabric first rather than the pattern. I have lots of girly fabrics, but don't know if the baby is a boy or a girl so I need to stick with something more universal. I found my stash of leftover pieces from a quilt I made for my friend Anna a couple years ago. I added a navy print to the light red, yellow, and blue and voila I found my color scheme.

I've been following, though not participating in, the Red Sky at Night quilt along at Tales of Cloth, and the Squash Blossom block has been on my mind. I think the pattern is in line with the trendy tribal things I've been seeing around the internets lately, and I've been hankering to try it out. 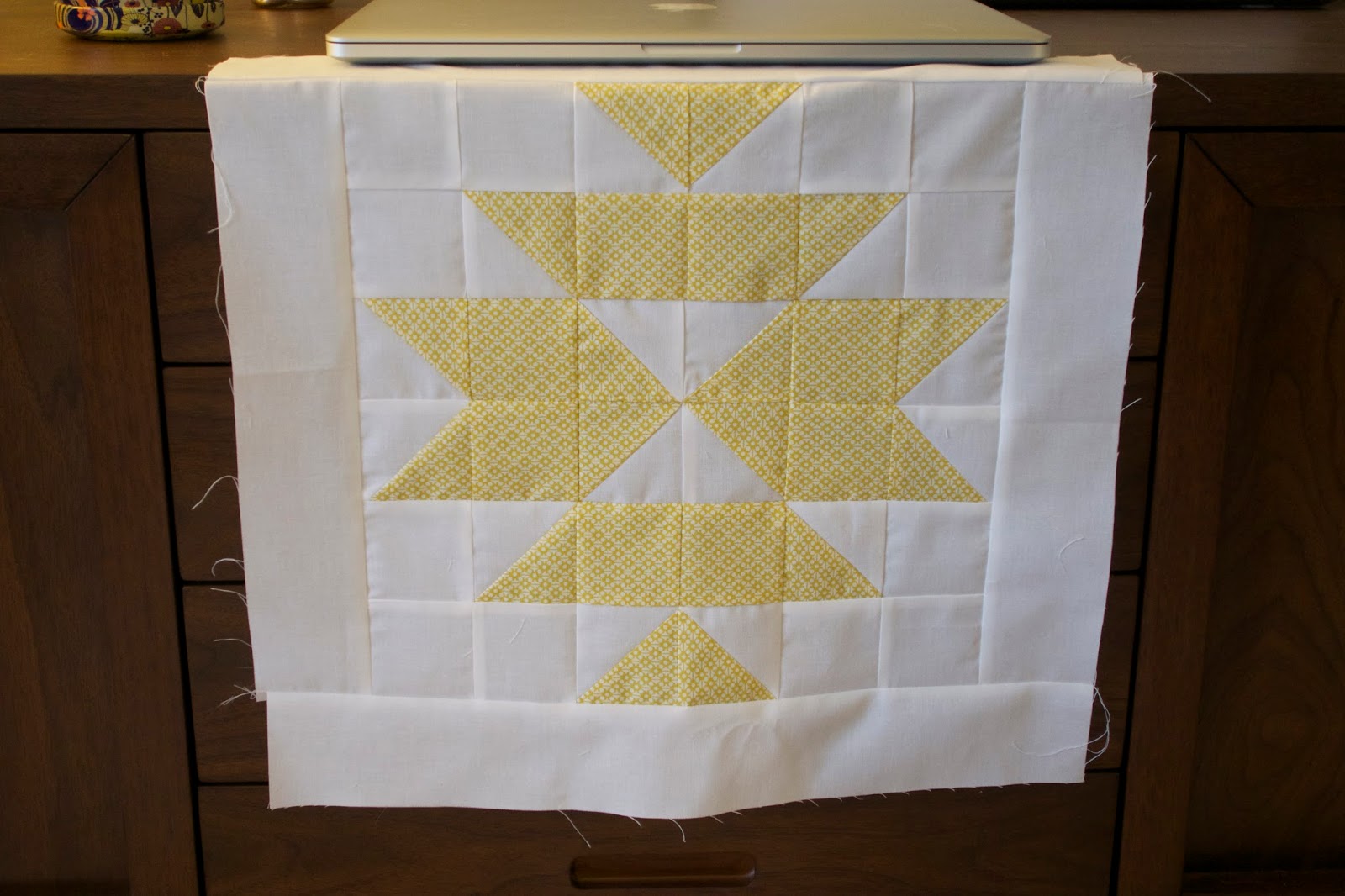 I ended up with about a 17.5" block after I added the sashing, which will make a nice center piece for a crib-sized quilt. I'm thinking I'll go with 42" x 54" or thereabouts so I can get away with not piecing a backing. It was pretty simple to put together, I made a bunch of HSTs and then trimmed the rest of the squares I'd cut to match the finished HST size. (No planning here! Just winging it!) In the original squash blossom block, there are a few rectangles but I just pieced a couple of squares together since I already had them cut. 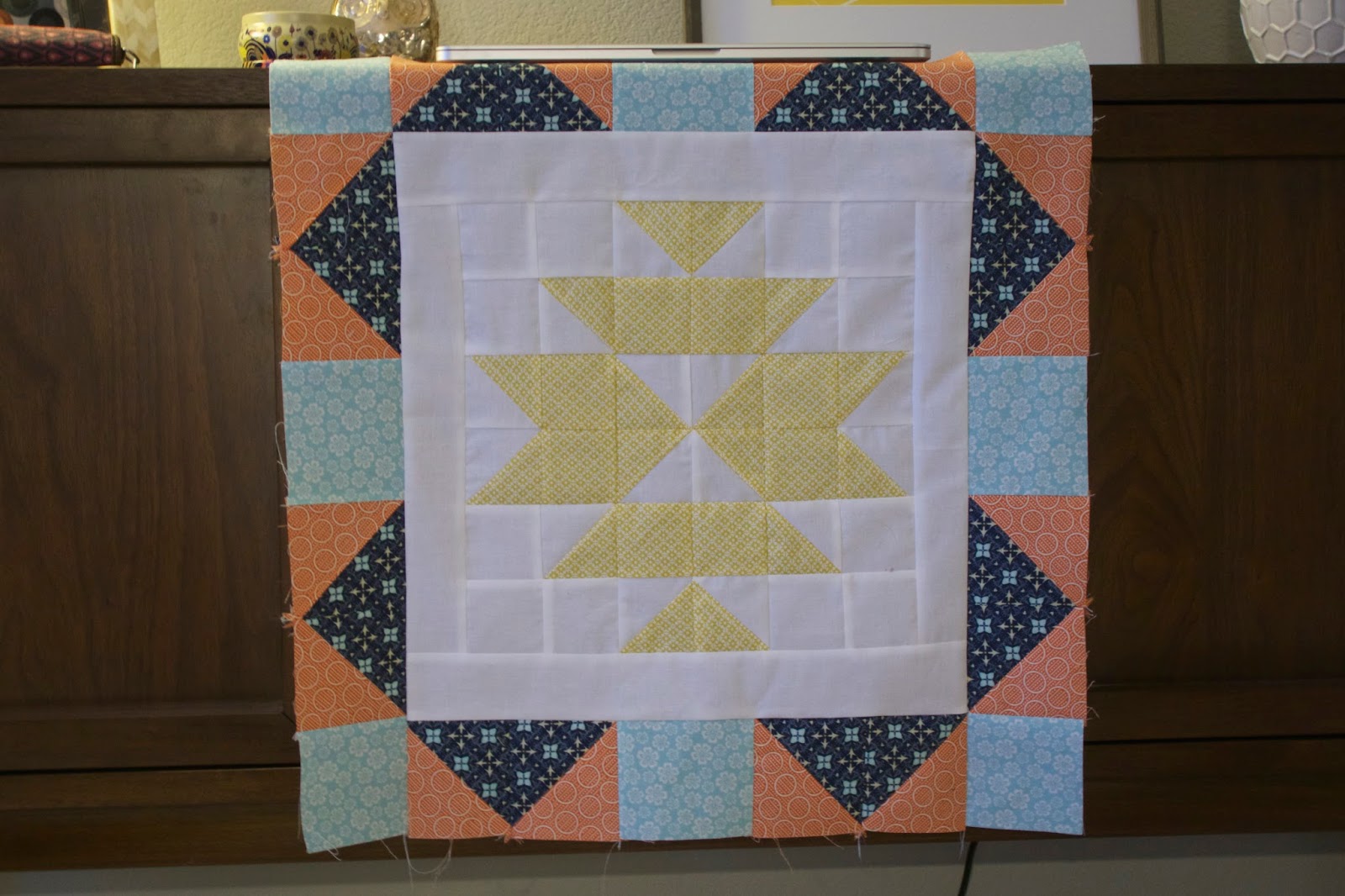 I made a bunch more HSTs for the first round using light red and navy. The fun thing about HSTs is there are so many ways to arrange them! Originally in my head I had decided to set them all in a sawtooth pattern, but upon flipping things around multiple times to see which color should go where, I landed on this arrangement. I've got a nice gray stripe picked out as the background, but I am trying to decide on maybe one more round and a couple more design elements on either side to achieve the overall width I want. I'm actually really pleased with how this is looking so far. I've got a couple more weeks to finish it so stay tuned for the wrap.
Posted by Alia at 8:36 PM