I've been working on a quilt for myself since late February, and I'm happy to say it is coming along swimmingly. I bought a jelly roll of Flora by Lauren & Jessi Jung in December and after much hemming and hawing decided to make a rail fence quilt. Easy cutting, all straight line sewing, adds up to a quick(er) project. I saw this quilt by Red Pepper Quilts, and that clinched it -- simple and fantastic! I've been crushing on linen lately, so I decided to pair a dark linen with the Flora fabrics. I especially like that blue; this will look so nice in our bedroom when it is finished. 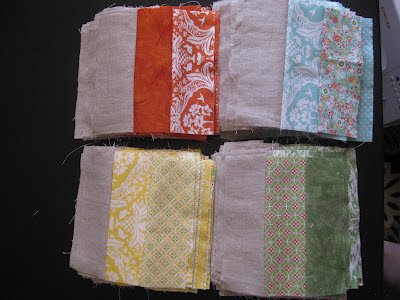 To figure out the layout before piecing the blocks together I got out the trusty colored pencils and sketched a few different ideas. Then the blocks got set out on the bed and I fiddled. And fiddled. And fiddled. It took me some time before I was convinced there wasn't too much of any one pattern grouped in one place, stacked them up, and went back to the card table.

I wouldn't say I normally *enjoy* pressing seams, but in this case it was so darn satisfying I kind of wished it wouldn't stop. After 108 blocks though, I was ok with stopping. But look at those seams! 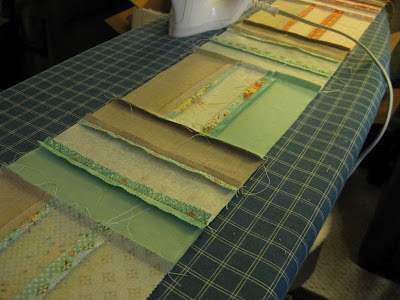 Somehow I had in my head that I'd have enough leftover linen to do the back, but alas I erred. I decided to piece together a quilt back from my stash rather than going out to buy something specific. This was a pretty spectacular process that took place in one evening, like moving in fast forward! I think I ended up liking the back just as much as the front. Almost. As you can see, Jack decided he also needed to offer his opinion. Ordinarily I would have shoo-ed him away from the fabric, but he'll end up sitting on this one when it's done anyway, so why worry. 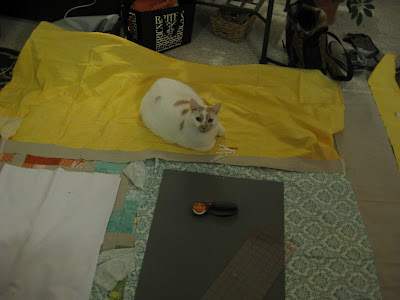 Here are the finished front and back. Now I need to sandwich it all together and baste. (That word again!) I'm kind of tempted to try spray basting, we'll see. I'm also waiting for a walking foot to arrive for my machine to make the quilting go more smoothly. Maybe I'll have it finished by the end of April! 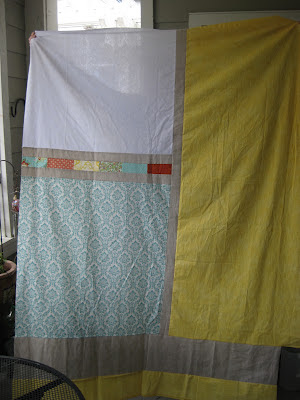 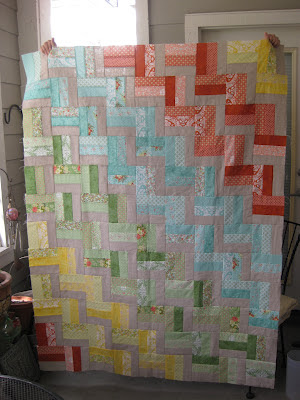