I've had two pairs of pants that have had fallen hems for quite a while, one for an embarrassingly long time that I tried and failed to fix with hem tape. Turns out hem tape doesn't work great on slightly stretchy trousers.

One of the things keeping me from fixing the pants, aside from sheer laziness about it, was that I've never used a blind hem stitch before. Turns out it's awfully simple, but I was thrown for a loop by comparing every set of instructions I could find to what I saw on the intact hem of my pants. The stitches didn't seem to look quite the same, so I was pretty sure I just wasn't understanding something. Rather than jump in and ruin perfectly good pants, I stalled and they languished. 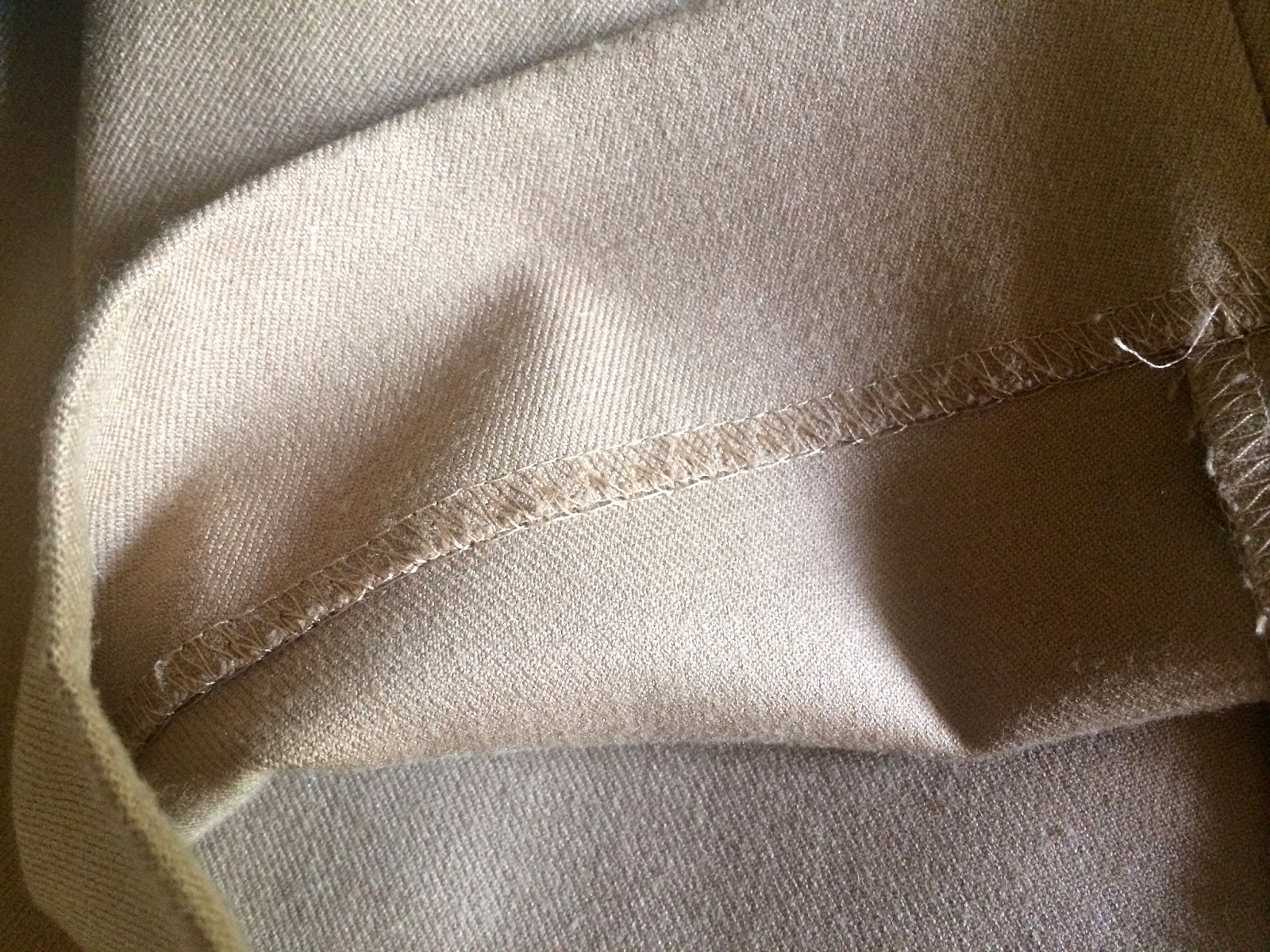 Last week one night after work I decided I should be more useful than watching Mr. Selfridge on Netflix for hours (ahem) and got out my sewing machine and iron. I sat and stared at the hem of my pants for a while comparing the stitching I could see to the internet all the while feeling perplexed until I found this post informing me there WAS indeed another type of blind hem stitch - the industrial blind hem stitch. This stitch is performed on a fundamentally different sewing machine than a home machine, so there was no way I was going to be able to replicate it. The light bulb moment! I still can't wrap my head around how that machine creates the stitch I was seeing, but what mattered was that life could move on to the conventional blind hem stitch.

Confusion out of the way, I felt ok jumping right in and winging it on my more casual gray pants. The first pass I didn't quite catch the hem all the way around so I went a little less conservative the second go-round. As a result, the stitches aren't quite as 'blind' as I would like, but I figure the slight differences in the two hems probably don't matter as much to someone who isn't nose-to-hem with it on the ironing board. If anyone is staring at my ankles that closely, we have a problem. 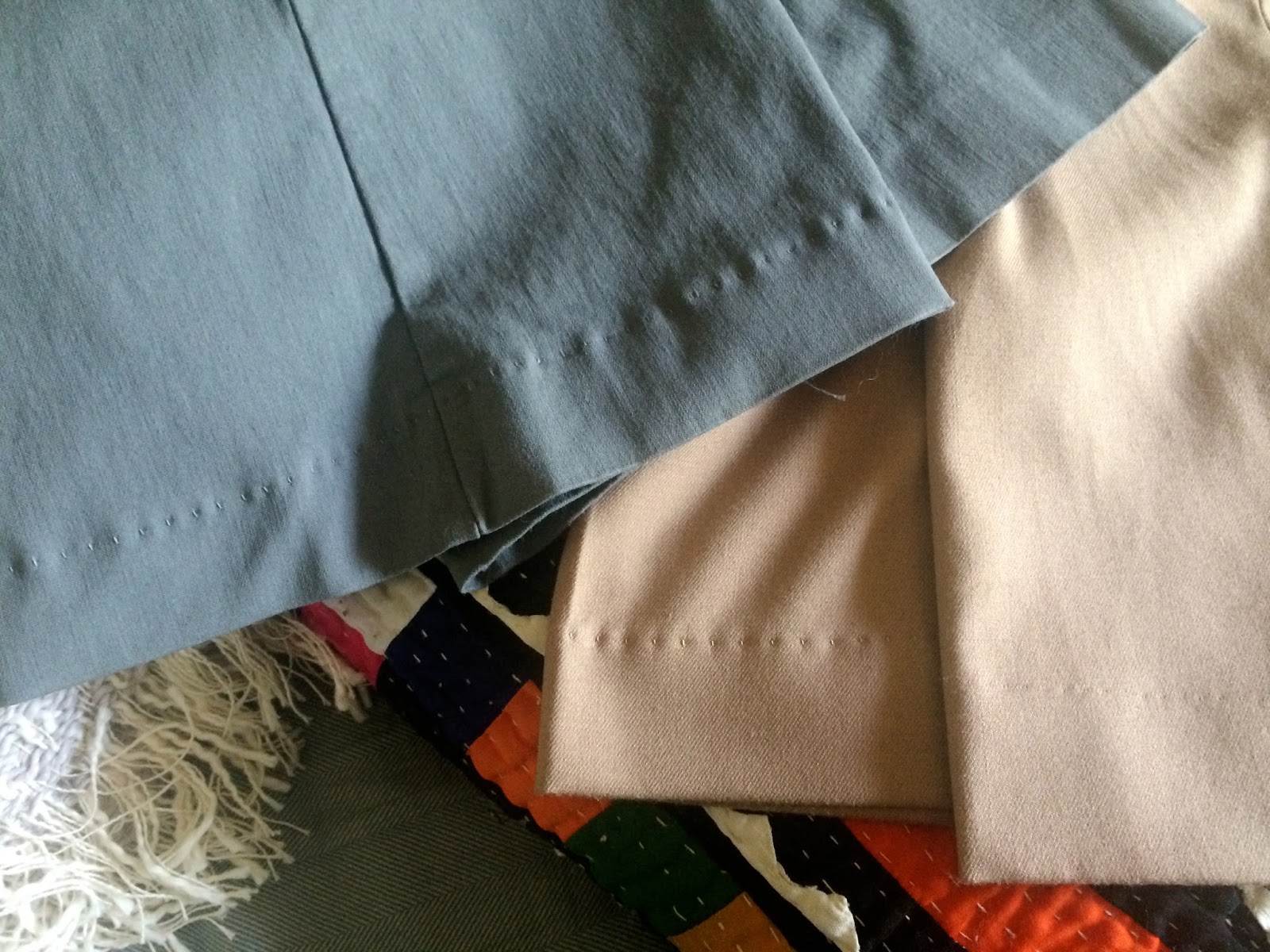 The hem on the second pair went quite smoothly and after a few touches up with the iron to put the creases back, it's like I've got two new pairs of pants! And I can even wear flats with one of them. A productive hour spent. Now I don't have to feel guilty about my TV binging….
Posted by Alia at 7:32 PM