I have had this pattern (From Norway With Love) in my Ravelry favorites for a long time. The simple heart pattern is cute and also named for a James Bond film. Gotta love it. I had a cold last weekend, so didn't really feel like leaving the house. Perfect time for knitting! I scrounged around in my bits of yarn for colors that looked hip together and wound up with these. 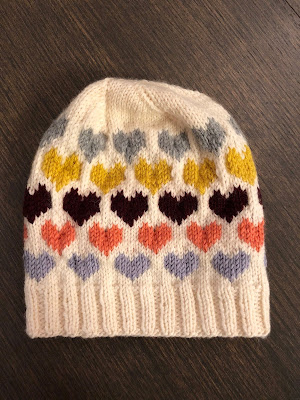 Before doing much color work, it always seemed silly to keep small amounts of yarn leftover from projects. But with the right projects like this one, you can see why 10 or 15 yards is worth saving for later. I broke into a new skein of off white for the background and the purple was also a new skein, but the rest were leftovers. 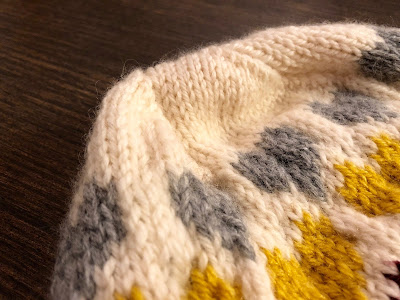 The little hearts march around the hat in perfect fair isle formation. Each row, as is traditional, is knit with just two colors. I knit this using the magic loop method so had to be careful at the transitions between needles so the floats weren't pulled too tight. If I were knitting in the round, I would have knit it inside out to achieve the same thing. 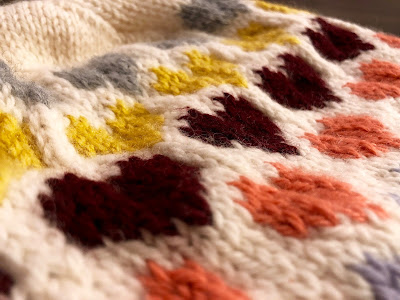 This was a fast knit, just two days! I blocked using my Soak wash (fig flavor) and a small plate in the crown of the hat. The body I just lightly pulled things straight and let it be. It turned out to be kind of snug on my head, likely because of the floats. If I made this again I would skip one heart repeat to make it a little less floppy and a little more like a beanie. Regardless, it turned out cute and is going in the box o' finished things for gifting later. 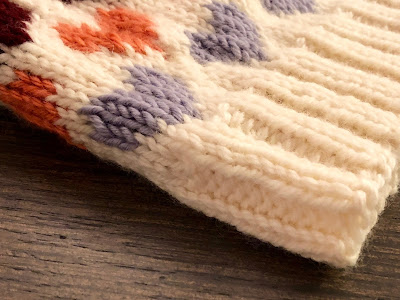