On the heels (no pun intended) of my fair isle hat, I immediately started a pair of socks. This yarn is the second skein of a pair we bought at the King's Mountain Art Fair. I used the first for Dave's scarf he sports at Stanford games. This second one is now Stanford-themed socks for my dad. Apparently he was jealous of my mom's birthday socks... 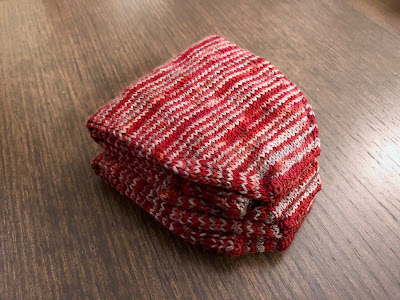 For the pattern, I riffed off of a combination of Petty Harbor (which I used for my father-in-law's socks last year) and just a regular afterthought heel pattern. The Petty Harbor told me I could do a pattern down the leg and along only the top of the foot while the afterthought heel was more suited to this thin-striping yarn than the heel flap approach of Petty Harbor would have been. I chose 8x1 ribbing to give it a little bit of interest without being overly complicated. 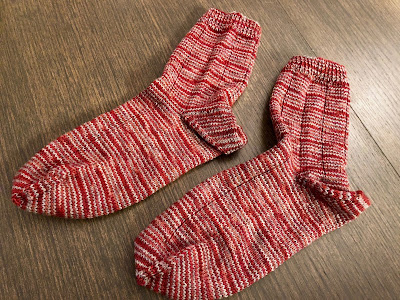 The afterthought heel was from another pattern I found, called Crystal Socklet. It works a few full rows around before decreases start, and then those decreases are graduated starting with every fourth row instead of every other row. This approach makes for a deeper heel that I figured would fit a little better on the particular foot I was knitting for. Love how these turned out, hope my dad does too! 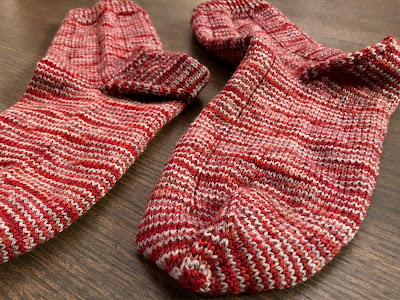