Blowing in the breeze

I finished this quilt top one cloudy weekend in January and I'm hoping to get it basted, quilted, and bound soon so it can be sent off to the mama-to-be. The pinwheel blocks are really just a bunch of triangles sewn together, so the piecing went pretty quickly after I tested out the first block. 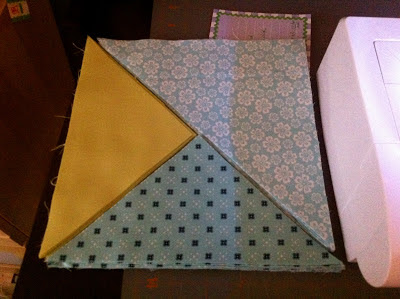 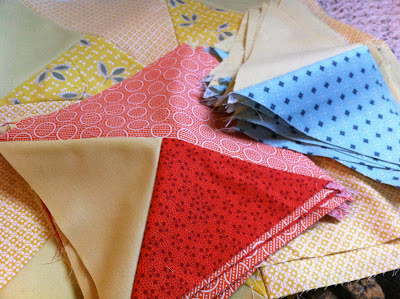 One of the decisions I had to make along the way was how to press the seams. Open would have been quite messy, I think. In the end I pressed away from the large light colored blades of the pinwheels as much as possible to make them stand out more from the front. After all the squares were sewn together I made sure to give an extra bit of pressing to the centers where all the diagonal lines intersect. 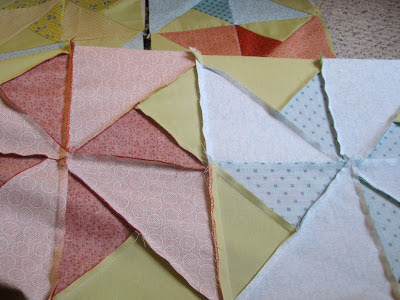 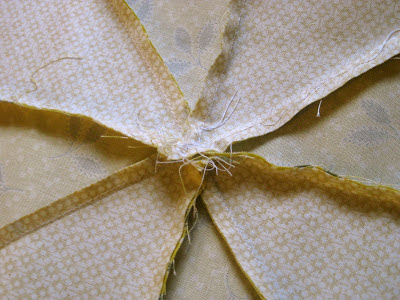 I chose to use a more regular color scheme than the pattern (Pinwheels in the Park) called for and I really like the dimensionality the light and dark fabric combinations gives with the simpler scheme. You can almost see the pinwheel folds popping out of the quilt top ready to spin around in the breeze. 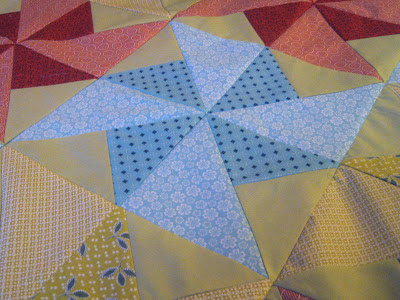 Another major difference in the construction is that I chose to omit the sashing between the blocks. I had intended to include them, but when I had the blocks all out on the floor to judge arrangement, I liked how the lack of sashing created smaller secondary pinwheels in the green background fabric. 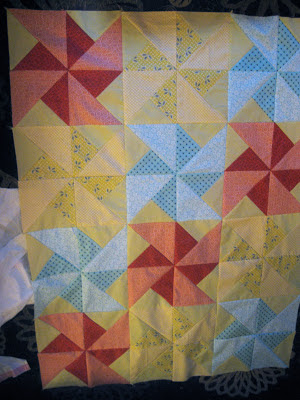 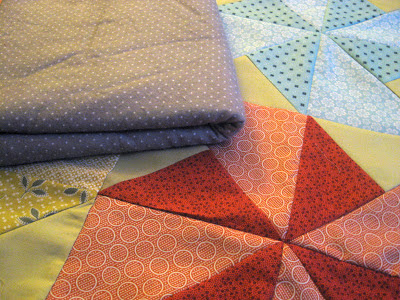