Having brought the contents of two offices home in moving boxes at the end of August, dumped it all in the spare room, and subsequently spent the next weeks traveling or otherwise occupied (ahem, CDS championships) I'm now suffering the consequences. The last day or so of being home in pretty much mess city has forced my hand. I spent the morning cleaning up. 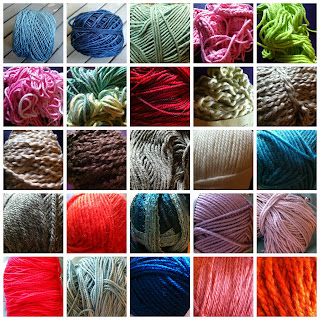 It started out pretty innocuously. It wasn't even cleaning, it was supposed to be *just putting away* my recently acquired yarn and getting my wip basket out of the living room. Right. My yarn cabinet was kind of a mess and I just didn't have the heart to shove one more skein in there to fend for itself. On top of that, my Ravelry stash wasn't up to date (gasp!) and was missing photos of several yarns (ok, a lot). This fact had been poking me in the ribs every time I'd login, but I'd been pointedly ignoring it. I even found a few (unphotographed) skeins hiding out in my wip basket. The solution to all of these woes was obviously to dump all the yarn on the couch and start updating. The advent of iThings has made this so easy, I just snapped a bunch of pictures with my iPhone and updated Ravelry on my iPad (we are an iFamily indeed!). 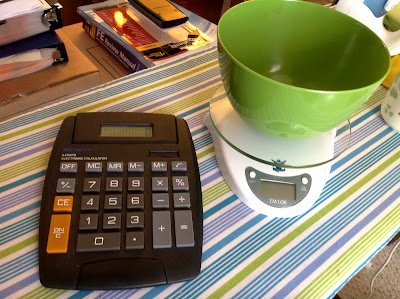 I brought out the big guns -- the scale (or masser, if your'e my husband) and the calculator! I decided if I was going to do it, I'd do it right and just weigh leftovers to figure out how much I yardage I had left. Much more scientific than eyeballing it and guessing. And now I know! I'm sure this will help me use up my leftovers much more efficiently than the boat I just jumped off of. 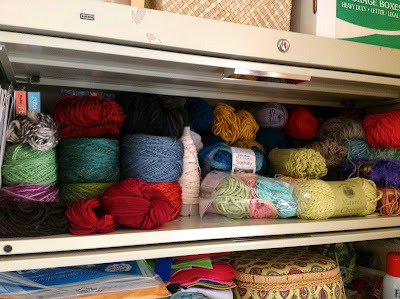 I've neatly stacked the skeins back in the cabinet, in an organized chaos that probably only makes sense to me, and I've even packed up a few lovely skeins to be shipped off to a new home (the bulk of the most recent yarn purchase, for a gift). I was hoping to get a couple cakes of dk for a new shawl I've been itching to cast on, but I'm going to get a few more things made and out of the way with this yarn first. Nothing like taking stock to remind you you don't NEED anymore. 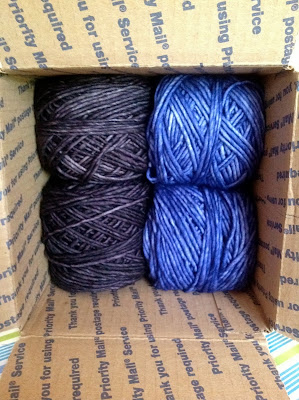 Then there is the wip pile. Mixed in with the actual wips were some bits of projects I started and have no intention of finishing. I frogged, wrapped and weighed, then cataloged the yarn. I organized the baskets, and now the only things in them are actual wips, no hibernating bears. I even found a few yarn needles and a row counter in the process. The goal? Cast on only *one* new project (it's for a gift, on a particular day, I get a break) and then chip away at these wips until a couple are finished. I'm not requiring the 2 sweaters to be done, but at least the 3 small projects before I go gallivanting off and starting new ones. And one or two of those new guys to be done before I go buying myself more yarn! 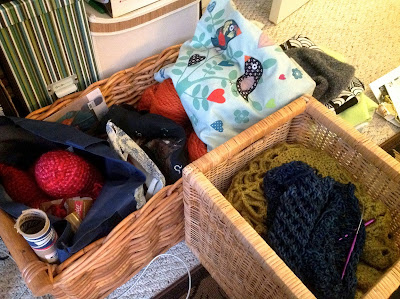