I've got this chair. It's been around quite a while and the cats (Jack, mostly) have really done a number on it over the years. The back panel has been hammered back on more than once, and the fabric at the corners looks like the silks on corn. It ended up being one of the pieces of furniture that came with me up to Sacramento on the condition that I would redo it to fit in with whatever decor I ended up with, because yellow and brown certainly wasn't going to be it. I found some classy looking brown and gray tweedy upholstery fabric at Joann's on the clearance table (for like 4 bucks a yard…. serious bargain) and it's been sitting in the corner with the chair ever since I moved up here. 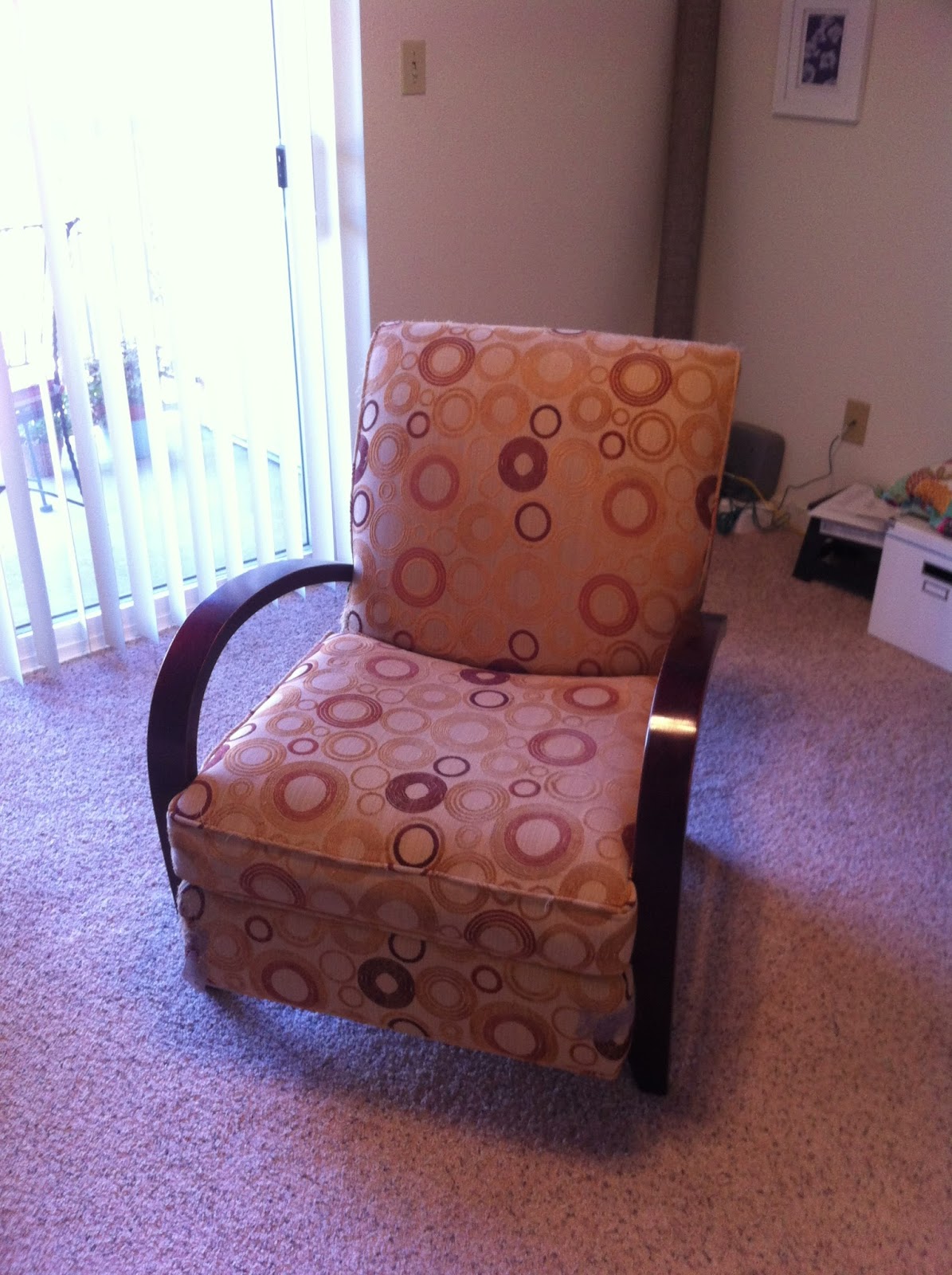 So, last weekend I bit the bullet and started. By 'I' I mean 'we' and by 'we' I mean Dave and me. Neither Dave nor I have ever really done this before, but we figured oh what the heck how bad can it be. Let's have fun with it this weekend! Well…… I could definitely see how folks less stubborn than us would have stopped midway and just bought a new chair. We actually did end up having quite a bit of fun together, but we both agree that we would think long and hard before doing it again. 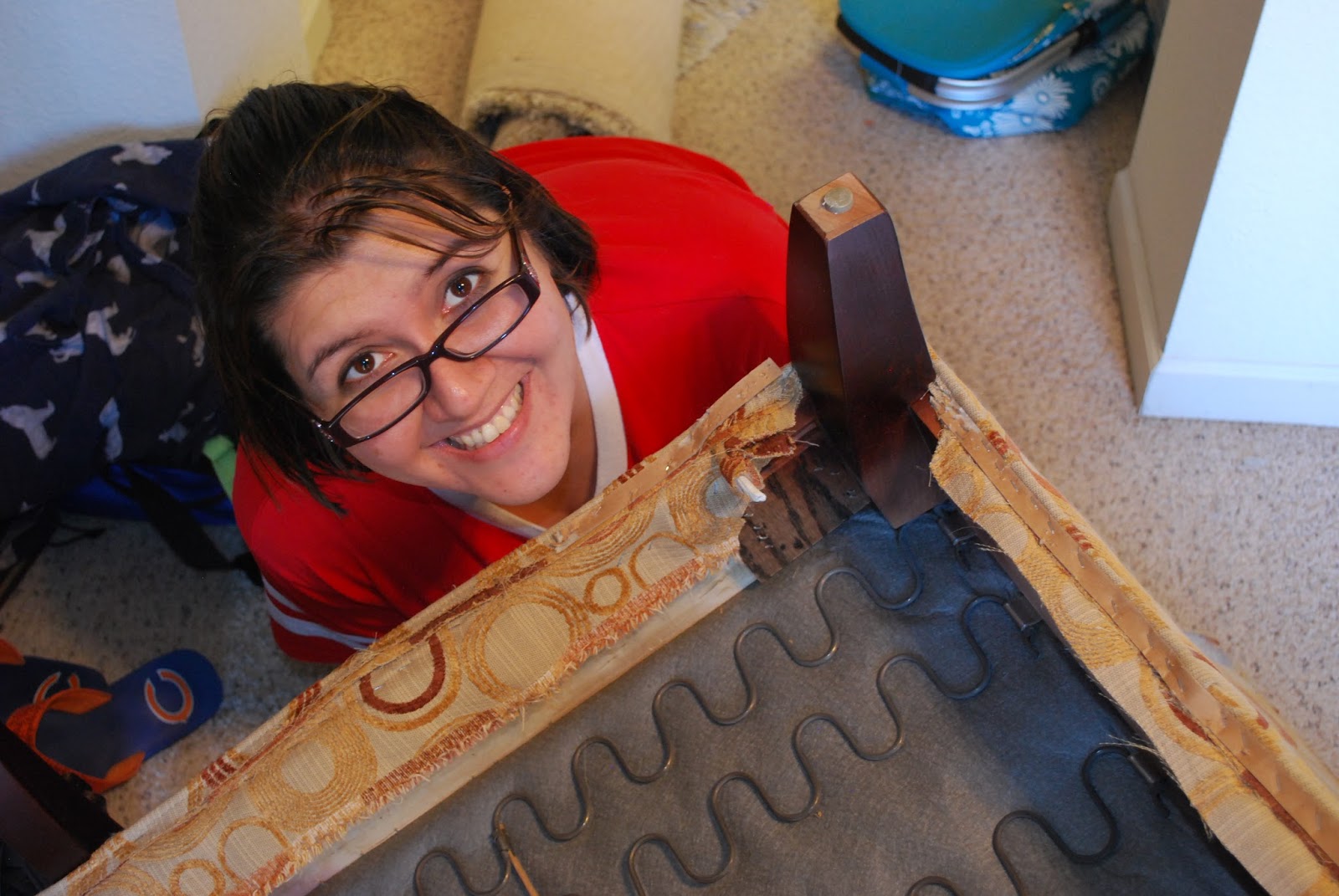 Dave took copious amounts of photos as we deconstructed so we could remember how to put everything back together. I think taking them forced us to actually stop and think about how everything was put on so we didn't really refer to them later, but I'd say even if you don't end up using them, having them is a good back up. 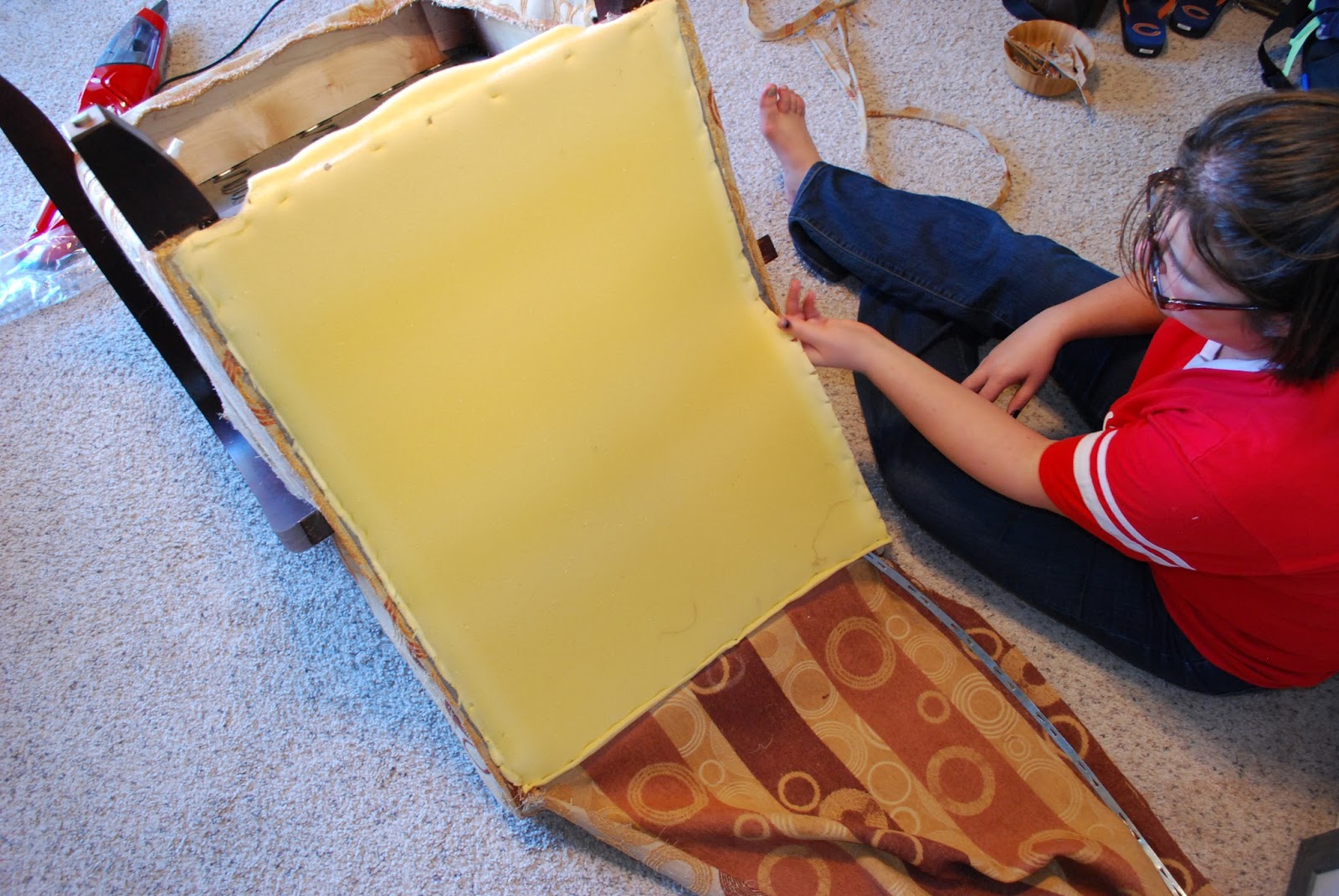 The other important thing to keep in mind is to be nice to the fabric. I made sure to label all of the fabric pieces as we took them off and we resisted the urge to just rip things off before looking at how it was attached. Even then, there was no ripping because I wanted to use the old pieces as patterns for the new ones. 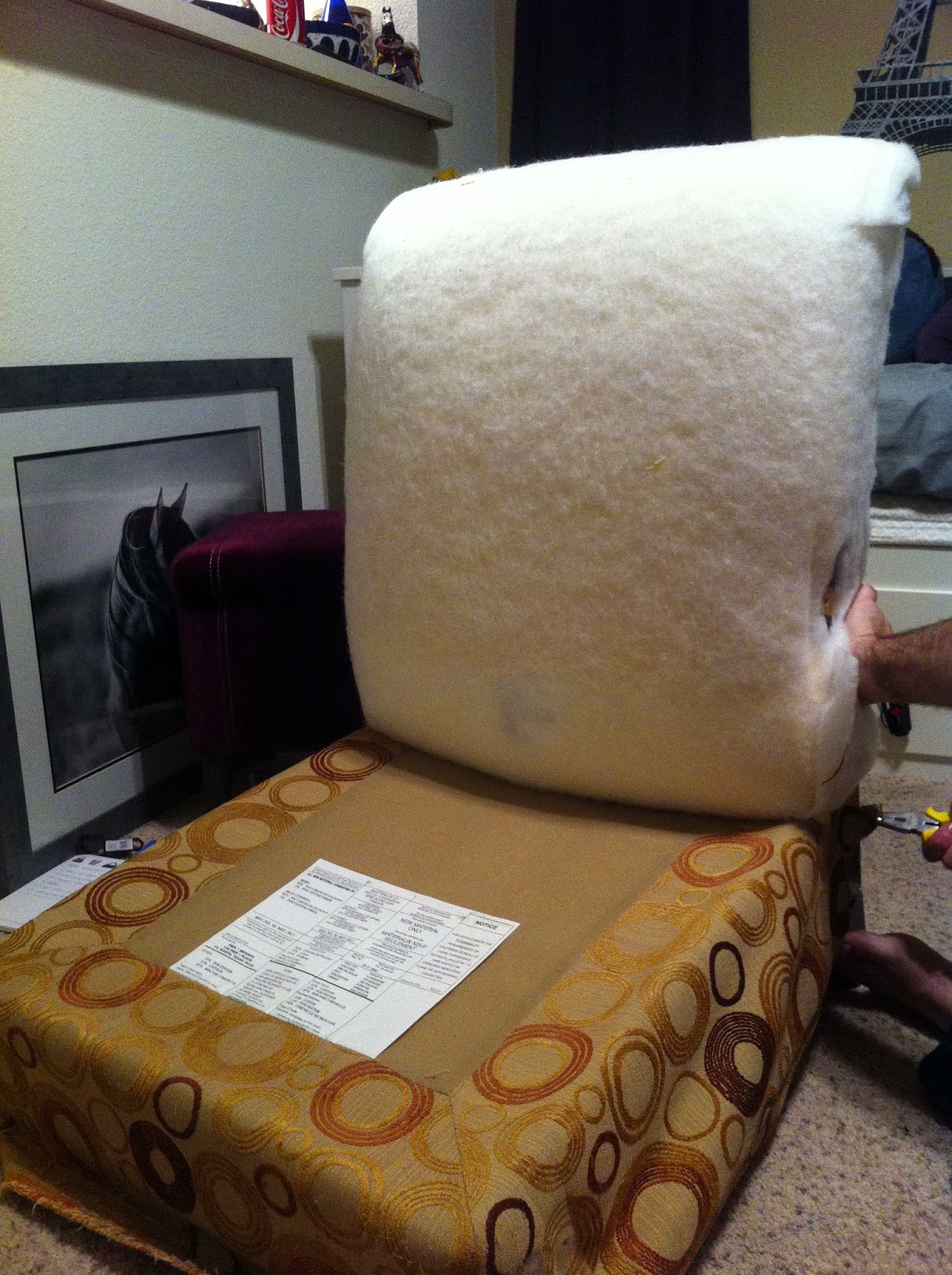 The number of staples in this chair holding everything on was astonishing. And we pulled out every. single. one. By the end of just the bottom of the chair both Dave and I were pretty sore in our hands and shoulders from wrestling with the tiny pieces of steel. We soldiered through, though, and were rewarded by a stripped down chair by the early evening (we started at 11 am). After which we took an Advil/dinner break. More on stage 2 in the next post...
Posted by Alia at 10:37 PM