I just went back and reread my post in November about my crafting goals moving forward… and I quote: 'a serious goal will be to stick to the yarn stash and current queue.' I'm laughing.

To be fair, my queue has changed around a bit to accommodate my goal of sticking with the stash, and I have actually finished one project that was in the works when I wrote that. But what I'm laughing at is the fact that I have not one, not two, but three cowls that have popped up out of thin air that I am working on with more focus than any of the projects (yarny or otherwise) that I have had planned since last year. Cowl #1 I finished and wrote about already.

Cowls #2 and 3 are really what make me chuckle the most. Two of my coworkers cajoled me into making them (really, they had to twist my arm sooooo hard). They even went out and bought yarn and gave it to me so I could. How can you say no to that?? But still, new yarn, new projects. The anti-goal.

The one I started first is taking quite a long time because the whole thing is seed stitch. The pattern is the GAP-tastic cowl by Jen Geigley. I've tried going back to knitting continental like I discovered I could do last fall but I'm having trouble with it for some reason. My current theory is that I'm better at doing it with less bulky yarn and smaller needles. 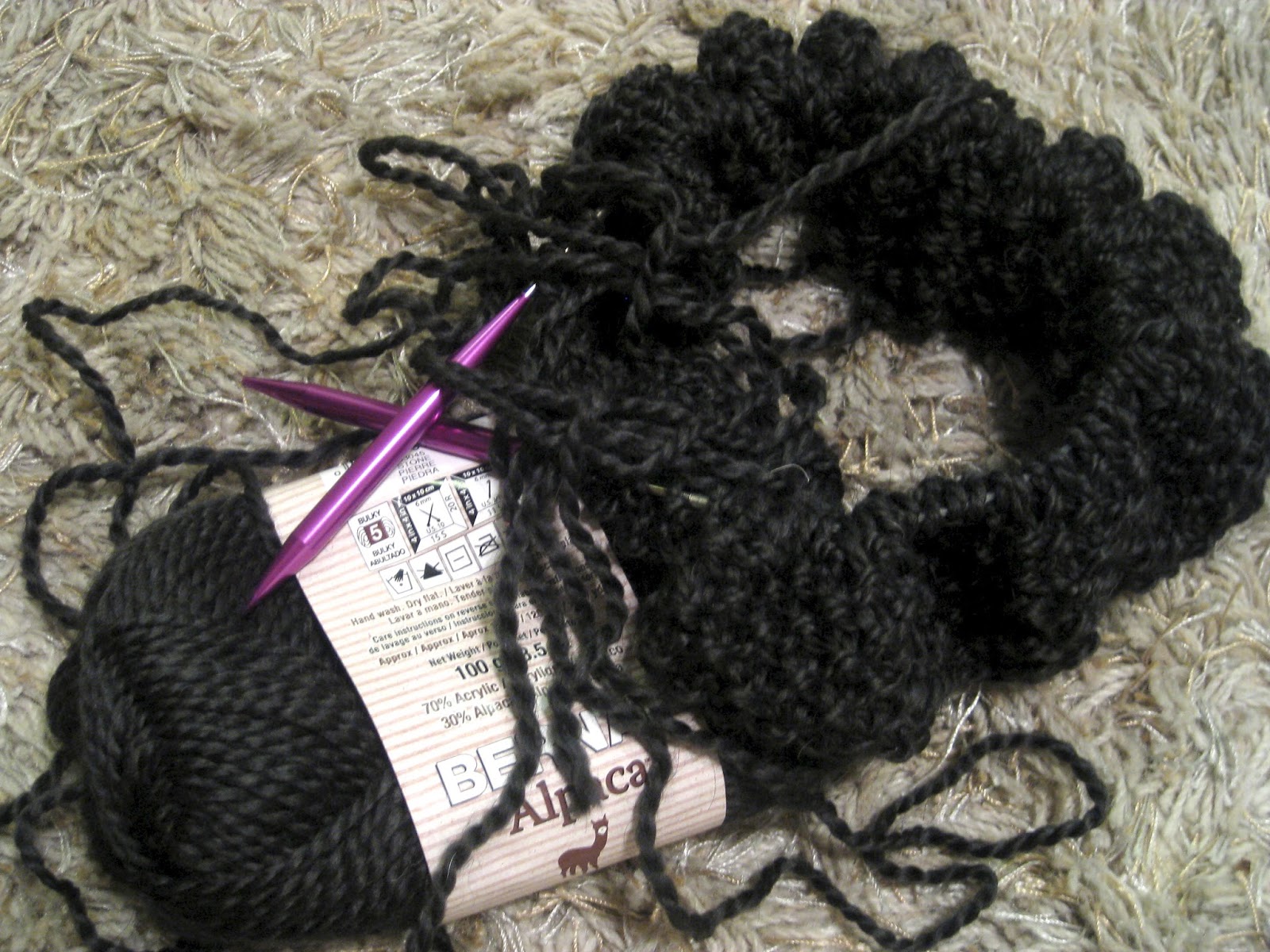 Current status is just about 1/3 done -- I just finished one of three skeins of yarn. I really want to cast on and start the next one, too, to give myself a seed stitch break, but I think the gauge will require the same needles I'm using here. Bummer. Back to seeds!
Posted by Alia at 4:49 PM