I really like looking back every month and seeing what I managed to get done, so I decided I'm going to write this type of post as the first one for each month whether it's the first, second, or last week by the time I get around to it.


Where oh where did September go??? I went to a wedding in Kentucky, rode lots and lots of ponies, officially got my doctorate (oh administrative-ness), spent a week away at a horse show, (almost) acquired an apartment in Sacramento, and hosted my folks for a week and half. (Ok, those last couple might have been into October. Still.) It flew by so fast it took me by surprise. And now it's already the second week of October. 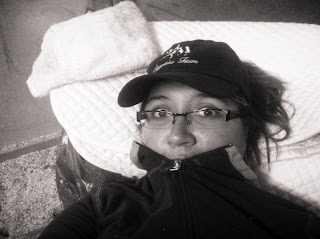 Apparently being unemployed, however brief, is quite time consuming.

The other fun thing about looking back each month is noticing trends. September was apparently the month of yarn. Not only that, but the month of the cowl. I finished not one, not two, but THREE neck warmerly projects in the fleeting weeks of last month. And there was a bee block and a quickie crochet dishcloth thrown in for good measure. I finished my September hexagon bee block last night. I swear. 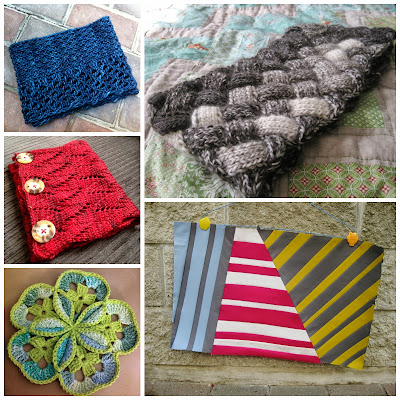 With all that activity I really only brought out the sewing machine to do the one thing -- and that was early on in the month. I have been craving yarn lately. Maybe it's the (non) change of weather to Fall. Even in places where it gets only *slightly* cooler, the shorter days must trigger a switch in my brain that says "yarn please!" Plus I can sit on the couch with Dave (who already started HIS new job) in the evenings and chat because we don't commute together or work in the same building anymore.

So, somehow it's the last quarter of the year already, and I'm going to embrace spontaneity instead of setting a goal for this month. Sounds like a good way to spend my last few weeks of leisure!
Posted by Alia at 10:14 AM

Email ThisBlogThis!Share to TwitterShare to FacebookShare to Pinterest
Labels: finish